President of the Supreme Council of the General Secretariat

The Supreme Council is responsible for formulating general policies and strategies, ratifying action plans, and overseeing the achievement of the Secretariat’s objectives.

Developing qualifying programs for fatwa trainees catered to match their level of proficiency in fatwa issuing- proficiency level is determined by regulations and criteria set for these purposes.
Proposing comprehensive solutions for the process of the institutional transformation of the bodies requesting support from the GSFOW to establish fatwa offices.
Providing the president of the supreme council with the information and opinions he deems essential to implement.
Planning and preparing annual conferences, receiving research papers that are to be presented at the conferences, and providing all means of assistance for the success of the conference.
Planning and overseeing the production and publishing of the peer reviewed journal of the GSFOW.
Planning and managing the GSFOW’s relations with related bodies worldwide.
Executing the decisions of the president of the supreme council concerning financial policies and carrying out all executive procedures such as designing strategies and action plans concerning the implementation of the ordinances and opinion of the president of the supreme council within the limits of the budget appropriations and in accordance to the rules and regulations.
Submitting periodic reports to the president of the supreme council about work progress.
Participating in preparing annual reports about the GSFOW and reviewing employees’ periodic reports.
Performing other tasks assigned to him. 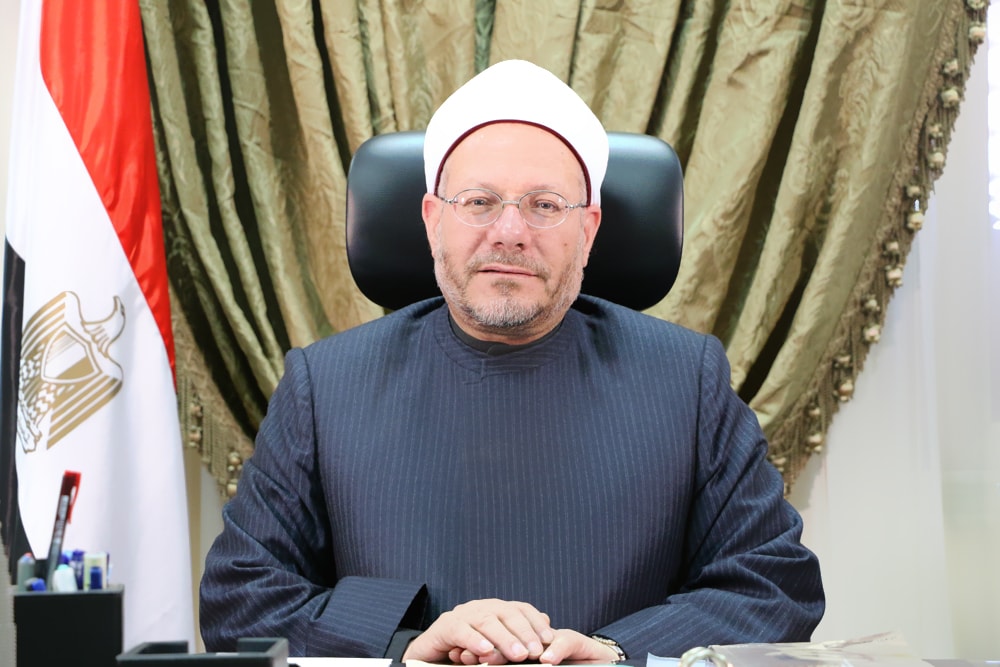 Shawki Allam is the nineteenth and the current Grand Mufti of Egypt since March 4th, 2013.

Shawki Allam was born in the Nile Delta governorate of Beheira. He received his PhD in 1996 from the Al-azhar University in Jurisprudence and Sharia law.

Prior to his appointment as the Grand Mufti of Egypt, he served as the chairman of the Department of Jurisprudence at the School of Sharia at Al-Azhar University’s Tanta  branch.

In February 2013, he was elected by Al Azhar's council of senior scholars  replacing outgoing grand Mufti, Ali Gomaa. This makes the first time that the Grand Mufti has been elected by Islamic scholars rather than appointed by the state.

The position of Grand Mufti is seen as very influential in Egypt as well as throughout the Arab and Islamic world. The Grand Mufti is the first and primary source of religious authority, is seen as the symbolic religious representative of the whole state, and issues fatwas on religious matters.

His office, the Dar al Ifta (literally, the house of fatwas), an agency charged with issuing religious legal opinions on any question to Muslims who ask for them, issues some half a million fatwas a year in ten different languages, including both the official ones that he himself crafts on important issues and the more routine ones handled via phone and Internet by a dozen or so subordinate muftis.

Dr Allam was recently elected as the president of the General Secretariat for Fatwa Authorities Worldwide; an umbrella organization that was created in 2015 to coordinate among Fatwa authorities globally.

Since his appointment as the Grand Mufti of Egypt, he made it a point to reach out to the whole world to promote an authoritative picture of Islam and spread peaceful coexistence and build bridges of understanding and cooperation.

He was recently named the best promoter of interfaith understanding in 2014 by the interfaith alliance in South Korea.

His writings and opinion pieces appeared in the Washington Post, the Times, the Newsweek, the Wall Street Journal and many other leading newspapers across the world. He is a frequent host for many international TV networks on Islamic issues including Reuters, AP, AFP, CNN, BBC, Euronews and many others.

Allam has taken a very clear stance against extremist interpretations of Islam.

He says that the use of violence to spread Islam is prohibited and extremists have not been educated in genuine centers of Islamic learning.

He maintains that terrorists are criminals, not Muslim activists.

He is of the opinion that terrorism cannot be born of religion. Terrorism is the product of corrupt minds, hardened hearts, and arrogant egos, and corruption, destruction, and arrogance are unknown to the heart attached to the divine.